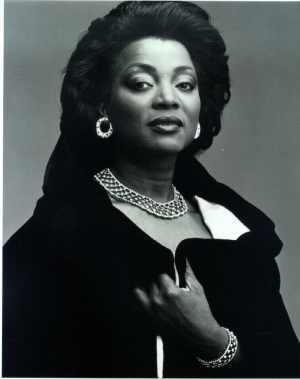 Since the launch of the movie DIVA and its big success, Wilhelmenia Fernandez has been pursuing a dazzling career.  She successfully combines recitals with concerts and operas, and she appears in the United States, in South America and in the main European Countries. At the Berlin and Hamburg Operas in Germany, she has sung Aida, Carmen and la Bohème. Wilhelmenia Fernandez has fond memories of Rolf Liberman, who allowed her to make her debut in la Bohème in Paris, in the role of Musette alongside Placido Domingo and Mirella Freni. Accompanied by the great pianist Bruno Fontaine, Wilhelmenia Fernandez gave series of recitals in Cannes, in Paris in the “Lundis Musicaux’s series, salle Gaveau, in Perpignan, Sisteron, Auvers sur Oise, Vichy, Aix en Provence, and at the Flaneries Musicales d’Ete in Reims. In Mulhouse, she returned two seasons in a row to sing the lieder by Richard Strauss and Gustav Mahler with the Symphonic Orchestra of Rhin. Wilhelmenia Fernandez’s numerous performances in Operas and in particular her performance in the role of Aida, makes her the ideal figure for the role.  She has sung Aida in London, in Paris, Liege, Berlin and Melbourne, then during winter 1994 she performed in Louxor at the splendours of the ancient Thebes and the Vallée des Rois. In the field of musical comedy, Wilhelmenia Fernandez sings the Carmen Jones two seasons in a row at the Old Vic theatre in London and was massively acclaimed by the press and the public. Following her huge success, she has added to her repertoire, Carmen by Bizet that she performed in Dortmund and Frankfurt.  She also devotes her repertoire to American music with of course a deeply moving incarnation of Bess by Gershwin’s work “Porgy and Bess”, and by also performing a concert program including the popular “musicales”. Wilhelmenia Fernandez has performed many concerts with the Orchestra National d’Ile de France conducted by Jacques Mercier, winning over the public with her wonderfully charming and dynamic performances. It is also with that same orchestra that she was massively acclaimed during a concert at the Salle Pleyel performing Puccini and Verdi. A performance of the same composers at the Antibes Festival in July 1994 not only resulted in a huge success but she will also received good critics among them the one by Pierre Petit from the Figaro newspaper, titled “Fabulous”.  She also appeared that same year at the Cannes Festival MIDEM in tribute to Jose Van Dam and at the Rencontres Musicales d’Evian where she performed the Verdi Requiem directed by Mstislav Rostropovitch. Wilhelmenia Fernandez returned to Avignon to sing Tosca and the Force du Destin. She is indeed pursuing a magnificent career throughout the world, and her latest performances have taken her to the Festival de Fes, to Berlin, to London, where she triumphed at the Canary Wharf, to Perpignan, the Flaneries Musicales in Reims, to Mexico, to the Transclassiques at the Cigale in Paris, Barcelone, Madrid, and the Geneva Opera where she gave ten performances of Didon and Enee among others.  She has also been seen at the MIDEM in Cannes, with the Orchestre National de Lyon (interpreting a program dedicated to Cosma), at the Henley Festival, at the Festival des 7 Chapelles, in Guidel, at the Festival d’Aigues Mortes, in Bucarest in the frameworks of the Enesco Festival, with the Orchestre Philharmonique de Strasbourg, at the Rocamadour, Carcasson, Biot, Suquet, Cannes and Nice festivals.  She has recorded 2 CDs of American music for the Transart Live label with Bruno Fontaine. Wilhelmenia Fernandez lives in Philadelphia where she was born. 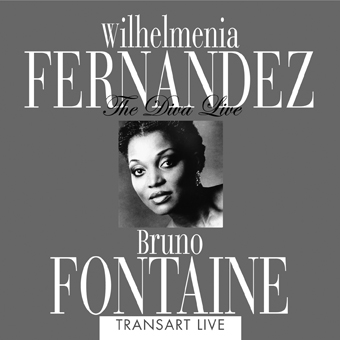 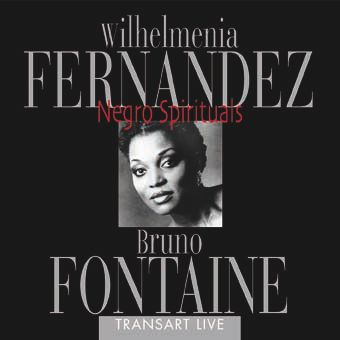