The Photo Gallery will be updated regularly, please come often! 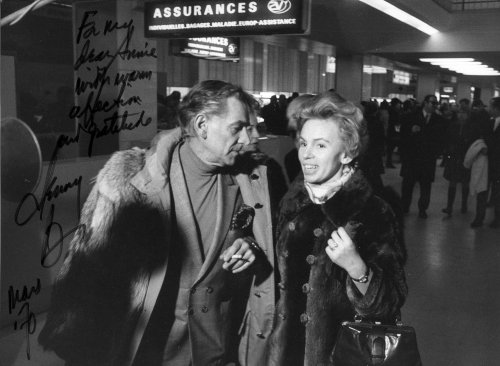 Was born in a family deeply involved in classical music. Her father, Marcel de Valmalete was not only the founder of the Bureau de concerts de Valmalete in 1924, but also a famous concert promoter and Artistic Director of the Cannes, Deauville, and Biarritz Casinos. He was one of the founders of the oldest artist management associations in Europe, the Association Européenne des Agents Artistiques (aeaa) which together with five colleagues from England, Germany, Hungary, Italy, and Switzerland met for the first time in 1946. Marie-Anne de Valmalete’s godmother was her aunt, Madeleine de Valmalete, who was one of the most famous international pianists of the 20th Century. As a past pupil of Gabriel Fauré, she went on to play under the baton of conductors such as Furtwangler and Toscanini. Her influence also inspired Marie-Anne to become involved in the profession and she began work at the Concerts de Valmalete at the age of 18, studying law and music at the same time. It was nine years later that she took over as CEO after the sudden death of Marcel in 1957. For more than 50 years Marie-Anne de Valmalete has contributed to the success of young talents some of whom have become some of the music world’s most important figures including Jean-Pierre Rampal, Alfred Brendel, Lorin Maazel, Zubin Mehta, Dietrich Fischer- Dieskau, Bruno L. Gelber, Georges Prêtre, and later on Michel Plasson, Yutaka Sado and Krystian Zimerman. read more

Born in 1960 into a family of great musical tradition, Hervé Corre de Valmalète learned his trade as impresario while studying law, along the likes of Henryk Szeryng, Claudio Arrau, Nikita Magaloff, Maria Joao Pires, and Brigitte Engerer. Asked by Mtislav Rostropovitch and Antoine Riboud in 1987 to direct the Rencontres Musicales d’ Evian, his personal view of this trade materialized as a result of the contact with these two exceptional men… read more