Formed at the Paris Conservatory (CNSM de Paris) in Michel Arrignon’s class, and after having received several First Prizes in international competitions, Florent Héau has quickly established himself as one of the most important figures of the French clarinet school. A brilliant tradition he himself relentlessly perpetuates throughout the world, whether by giving concerts or masterclasses. Florent Héau has contributed to several creations such as Chant des Ténèbres (concerto for clarinet and orchestra) by Thierry Escaich, Aizgor by Félix Ibarrondo, Sonatina lapidaria by Nicolas Bacri and Encore de Karol Beffa. Invited to various festivals (Prades, Deauville Folles Journées de Nantes, Bel-Air in Chambery, Orangerie de Sceaux), Florent Héau continues to expand his circle of partners in chamber music, including Marielle Nordmann, Marcela Roggeri, Magali Léger, Gerard Causse, Roland Pidoux, Henri Demarquette, Jérôme Ducros, Régis Pasquier, Gaëlle Solal, Patrice Fontanarosa, the Capuçon brothers and the Prazak, Manfred and Parisii quartets. He has appeared as a soloist with the European Camerata, the Orchestre de Bretagne, the Ensemble Orchestral de Paris, the Chamber Orchestra of the Polish Radio and the Prague Chamber Orchestra, and has most recently been in recital in Monaco, Hungary, Japan, Italy, Denmark, Poland, London, Argentina… In addition to being an exceptional musician, Florent Héau is also a real showman, whose multiple talents get exposed in the musical theater shows with the “Bons Becs”, with his clarinet (of course) but also with the musical saw and even through tap dance. The ensemble travels extensively, and has most recently been on tour in Japan, South Korea, and Belgium and will soon be touring in China. Being a renowned teacher, Florent Héau is a professor of clarinet at the CNR of Rueil-Malmaison and is regularly invited to teach in many European countries Latin America and Asia (China, South Korea etc). Over the years, he has had continuous success with his recordings of divers programs, including Sonatas by Brahms and Reger (with Patrick Zygmanowski), the Trios of Beethoven (with Jérôme Ducros and Henri Demarquette), pieces for clarinet and strings by Nicolas Bacri, the chamber works of Mozart (with Manfred Quartet) and the Concerto for Clarinet by Mozart (with the Prague Chamber Orchestra, Transart Live label). His latest album, a CD with pianist Marcela Roggeri dedicated to the Argentine composer Carlos Guastavino (Transart Live) was released in November 2010 and the duo has toured in Paris, London and Argentina performing Guastavino’s works with great success. 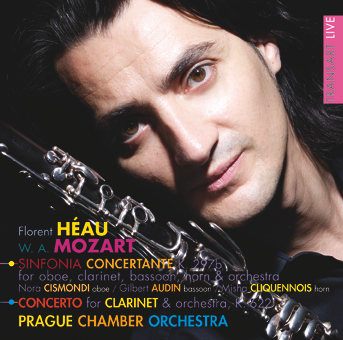 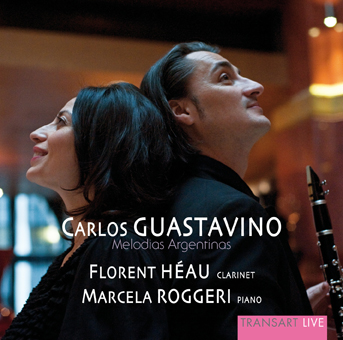